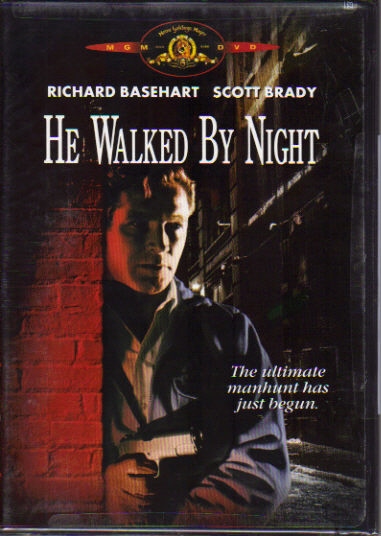 The "He" of the title is Richard Basehart, a clever but psychopathic burglar (based on real-life criminal Erwin Walker) Basehart stays one step ahead of the law by listening in to the police band on his radio. To avoid detection, he changes his M.O. on each crime, making it seem that the string of burglaries is the work of several thieves. But Basehart trips himself up when he kills a cop. His own personal Waterloo occurs in the Los Angeles sewer system–a stylish predecessor to the similar (and more widely praised) climax in Sir Carol Reed’s The Third Man. Though the direction is credited to Hollywood old-timer Alfred Werker, most of He Walked By Night is the handiwork of an uncredited Anthony Mann. Featured in the film’s cast is Jack Webb in the small role of a police lab technician. Impressed by first-hand experience with police procedure and by the semi-documentary quality of He Walked By Night Webb expanded on these elements for his own radio and TV project, Dragnet.