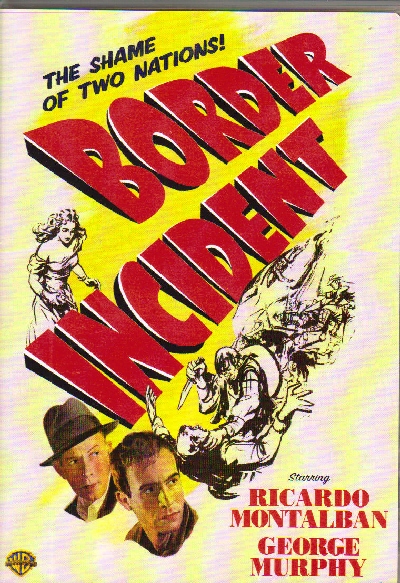 Agent Pablo Rodriguez (Ricardo Montalban) of Mexico’s Policia Judicial Federal and Inspector Jack Bearnes (George Murphy, Bataan) of America’s Immigration and Naturalization Service team up to protect braceros who cross the border illegally to work on farms in southern California. The laborers are routinely waylaid, robbed, and murdered by bandits along the America-Mexico border. Rodriguez pretends to be a bracero and hooks up with a group who smuggles workers across the border. Bearnes infiltrates a similar group on the American side of the border by going undercover as a crook in possession of 400 stolen immigration permits. Bearnes quickly discovers that Owen Parkson (Howard Da Silva), the man running the smuggling operation, and his lackey Jeff Amboy (Charles McGraw, The Narrow Margin) are rough customers who don’t hesitate to commit murder in order to protect their financial interests. Rodriguez and Bearnes find themselves in a seedy world of exploitation and intimidation, neck-deep in truck chases, harvester mayhem, and an action-packed finale involving a gun battle and quicksand. The shame of two nations, indeed! 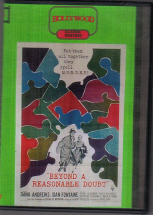