Amid the political chaos sweeping across the world in 1939, a new terror arises — the Purple Death — and people around the world succumb at random by the hundreds, then thousands, with the identifying symptom being a purple spot on the victim. The authorities are baffled as to the cause or the treatment, and panic is spreading. Dr. Alexis Zarkov  determines that the Purple Death is linked to extraterrestrial events. Along with Flash Gordon and Dale Arden, Zarkov finds an alien spaceship, which they recognize as being from the planet Mongo, home of their old enemy, Ming the Merciless, spreading some sort of dust in the Earth’s upper atmosphere. Flash, Dale, and Zarkov head for Mongo, where they discover that Emperor Ming , whom they believed had been killed at the end of their battle with him on Mars (told in Flash Gordon’s Trip to Mars), is still alive. He is threatening not only to conquer all of Mongo, but is attacking Earth again, using a "Death Dust" spread by his spaceships that will eventually destroy everyone on Earth. 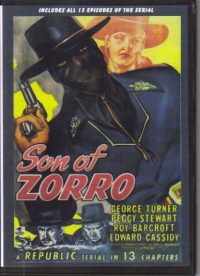