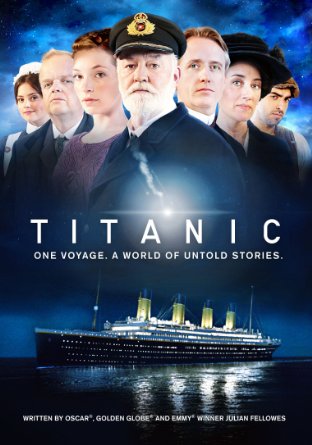 Brought to life by a stellar, award-winning ensemble cast, this extraordinary re-telling of the doomed voyage reveals a world built upon class distinction – headed towards destruction as surely as Titanic towards the iceberg. From the aristocratic elite to the officers, crew, second class and steerage passengers, TITANIC follows the destinies of both victims and survivors as their stories of passion, betrayal and hope unfold amidst the tragic events of that fateful evening.