Weekend Murder: The Norths visit their friend, actress Lily Storm, in her country home for the weekend. Upon arrival, they discover the housekeeper is missing and a dead body in the closet! Several people become suspects and the body is identified as Ms. Storm’s former husband. These people all have reasons to want to protect Ms. Storm from her former husband who was blackmailing her. Can the Norths discover who silenced him?

Till Death Do Us Part: Pam and Jerry’s wedding anniversary celebration gets interrupted by a woman dressed in a bridal gown bursting into their apartment and then dropping dead, the victim of a murder.

The Silent Butler: Pam and Jerry hire a butler who ends being suspected of the murder of the butler from the next apartment.

Man Who Came to Murder: To celebrate their fifth anniversary, Pam and Jerry return to Honeymoon Inn where a secret regarding a marriage license culminates in murder. 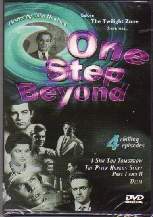