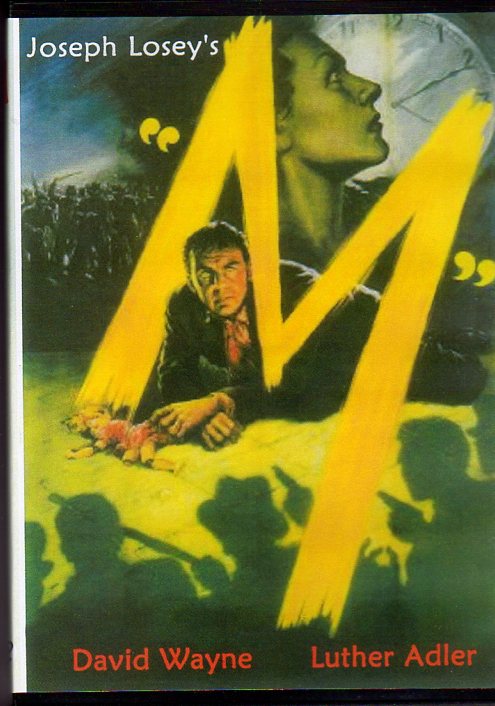 This most unusual remake of Lang’s seminal expressionist masterwork evokes a profound sense of deja vu, as if we were watching Lang’s film filtered through some parallel aesthetic universe. This is due perhaps to both films having the same producer, thus being filmed from the same screenplay, as many scenes unfold in almost shot-for-shot fashion. But Losey’s camera studies rather than prowls, and paints an atmospheric yet aloof panorama, rather than carving the nightmarish psychological landscape of Lang’s opus. Losey’s "M" is, if anything, a handsome, detached noir piece, not an emotional treatise on rage and justice. The most exciting revelation of all here is David Wayne as the haunted killer. Eschewing a mimic of Peter Lorre’s possessed histrionics, Wayne’s performance is pure method acting. Specifically, his capture and trial by the collective underworld, is one of the most unusual performances in all ’50s cinema, an edgy, downright avant-garde exhibition one might easily call "Beat", predicting such restless ’50s giants as Dean, Clift and Brando.