Macdonald Carey, stars as lawyer Herbert L. Maris. Maris enjoys a challenge, and over this collection of episodes he takes on some extremely tough cases, most of which involve him fighting to free people he believes have been wrongly incarcerated.

Top Secret: A scientist, who’s also a top-notch secret agent, is accused of misusing top-secret information and botching his assigned job. Maris comes to his aid.

His Father’s Footsteps: A father suspects his teenage son is involved in a robbery and a shooting. The father then hires Maris to defend his son of possible charges.

The Case of Nan Havens: 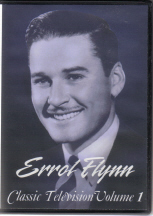