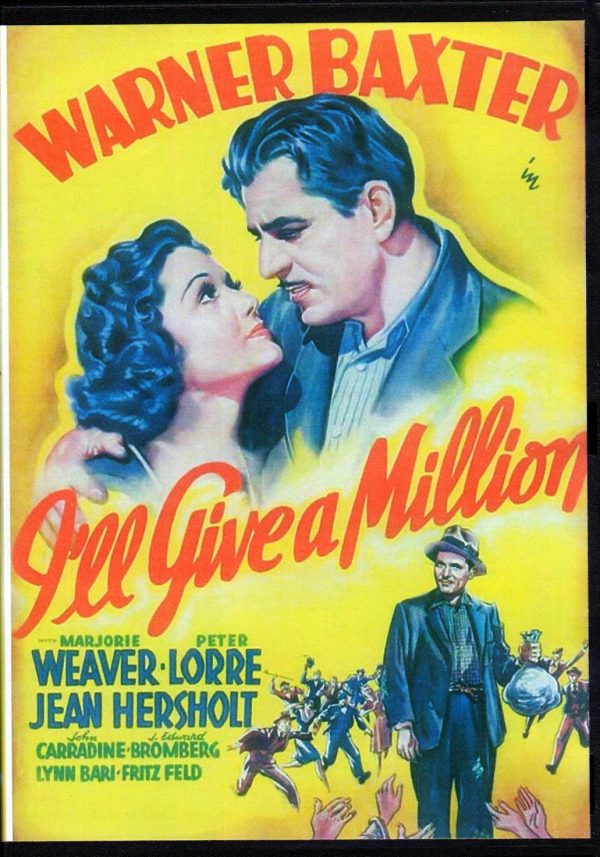 This is another turn on the ‘rich guy goes hobo’ routine, but it’s grand fun. Millionaire Warner Baxter tires of all the hangers-on; when he saves tramp Peter Lorre from drowning, he switches clothes and tries out life with no dough. But Lorre tells the press that there’s a millionaire dressed as a tramp who’s going to give someone a million francs just for being nice to him. So the whole French town takes in all the tramps and gives them everything. Meanwhile, Baxter falls in — and falls in love with — Marjorie Weaver at the local circus. Lorre gives one of his best performances; and when he teams up with fellow tramp John Carradine towards the end, it’s a match made in heaven. I’d watch a whole movie starring those two guys in those two roles! Baxter is fine in the lead. Weaver is a fresh face; and the cast is full of wonderful actors. 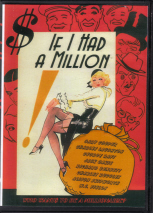 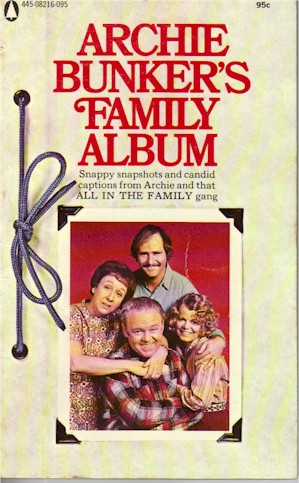