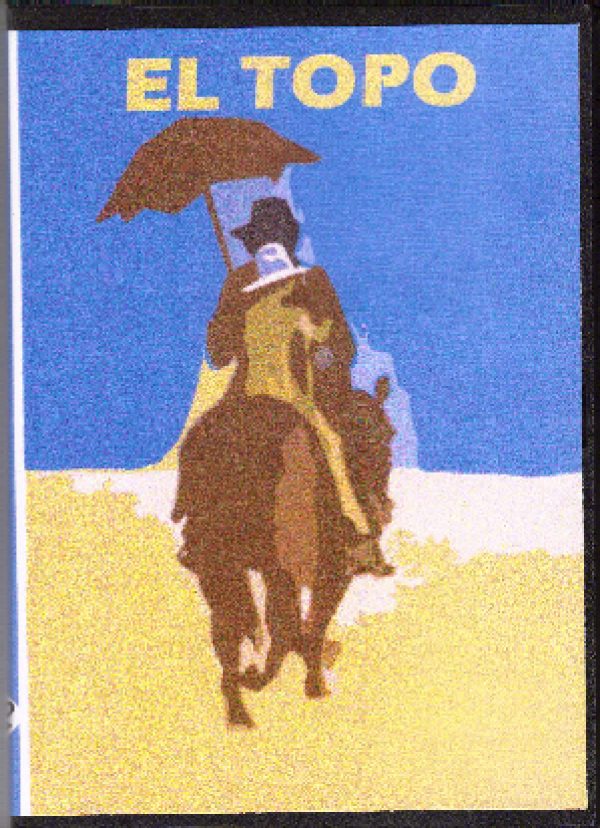 The gunfighter El Topo ("The Mole") and his young son ride through a desert to a village, whose inhabitants have been massacred. Bandits are nearby, torturing and killing the survivors. El Topo rescues a woman (Mara), who leads him on a mission to find and defeat the four master gunmen of the desert. Leaving his son with a group of monks, El Topo and Mara complete the mission, accompanied by a mysterious woman in black. The women leave El Topo wounded in the desert, where he is found by a clan of deformed people who take him to the remote cavern where they live. Awakening years later, he goes with a dwarf woman to a nearby town, promising to dig a tunnel through which the cave-dwellers can escape. They find the town run by a vicious sheriff and home to a bizarre religious cult. El Topo’s son, now a man, is a monk in the town. The completion of the tunnel leads El Topo, the townspeople, and the cave-dwellers to a bloody and tragic end.