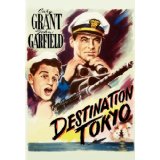 The offbeat casting of Cary Grant as a submarine captain pays off in this tense WWII underwater picture; he ably trades in his sophistication for the sweaty close quarters of an action movie. The mission? Infiltrate the mined harbor of Tokyo itself, a feat bookended by a brief confrontation in the Aleutians and a depth-charge chase through the open sea. Skipper Grant is supported by the usual stock crew of Navy melting-pot types, with John Garfield drawing duty as the resident dame-crazy fantasist. (Somebody forgot to put the saltpeter in his chow, apparently.) The solid action alternates with dialogue that tends toward the schmaltzy or jingoistic (the movie’s become somewhat notorious for its unusually nasty propagandistic jabs at the Japanese enemy). Destination Tokyo was the directing debut of Delmer Daves, who would later excel in smart Westerns such as 3:10 to Yuma. –Robert Horton 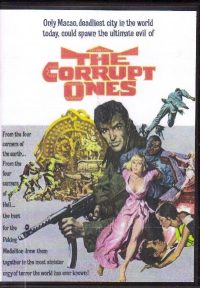 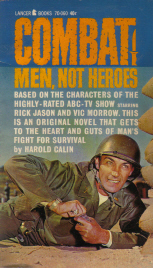