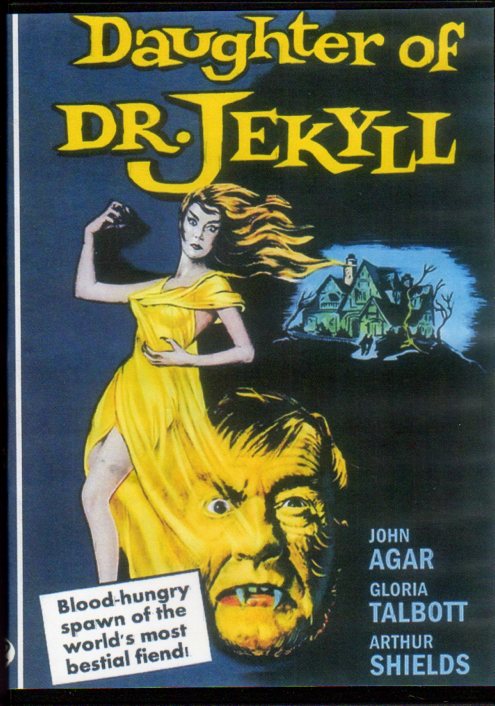 Edgar G. Ulmer directed this silly but fun low-budgeter about young English heiress and bride-to-be Janet (Gloria Talbott), who arrives at the family estate on her 21st birthday. There she is informed by her guardian that her father was none other than the notorious Dr. Henry Jekyll, the inventor of a formula which transformed him into an ill-mannered, murderous beast. As unpleasant as that prospect may be, there’s an even greater concern: the doc’s condition may be hereditary. This news so mortifies Janet that she calls off her wedding, much to the chagrin of her fiancee (John Agar, no stranger to chagrin), who finds the whole idea ludicrous. Ludicrous maybe, but after a horrible nightmare in which Janet transforms into a monster, she awakens to find herself covered in blood — and the maid has been torn to shreds. 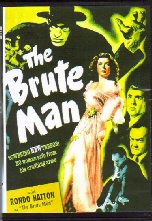