After murdering his wealthy wife (Mona Washbourne) and making her death look like an accident, Bare is crushed to learn that he has been written out of her will. Unable to maintain his classy lifestyle, Bare marries another older rich woman, the coquettish Freda Jeffries (Margaret Lockwood). After several foiled attempts to embezzle Fredaâ€™s money, Edward develops a strange fondness for her, making his plans to murder her seem all the more twisted. 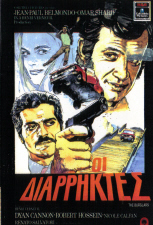