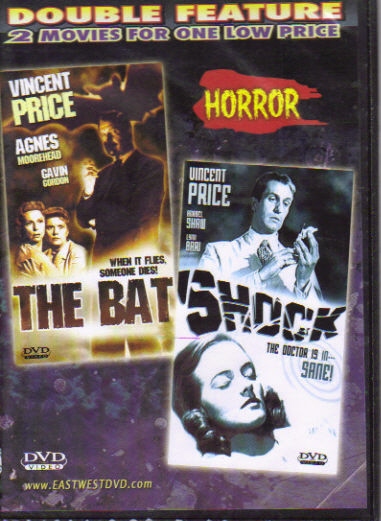 This fourth film version of the Mary Roberts Rinehart-Avery Hopwood stage chestnut The Bat is so old-fashioned in its execution that one might suspect it was intended as "camp" (though that phrase wasn’t in common usage in 1959). Agnes Moorhead plays mystery novelist Cornelia Van Gorder, whose remote mansion is the scene for all sorts of diabolical goings-on. The "maguffin" is a million dollars’ worth of securities, hidden away somewhere in the huge and foreboding estate.Vincent Price is seen committing a murder early on-but he’s not the film’s principal villain. Others in the cast include Gavin Gordon as an overly diligent detective, and former Our Gang star Darla Hood  as a murder victim.The Bat was adapted for the screen by its director Crane Wilber, himself a prolific "old dark house" scenarist and playright.

A psychologically distraught woman is committed to a private sanitarium by the man whom she witnessed commit a murder.