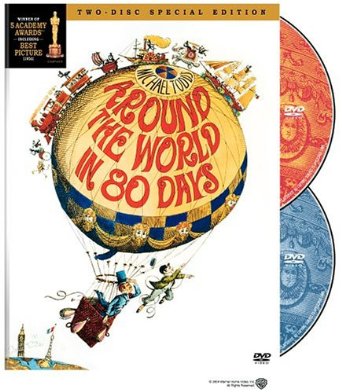 Around the World in 80 Days on DVD sports an attractive transfer and an inside look at 1950s Hollywood. BBC Radio’s Brian Sibley offers a trivia-laden commentary track, while Turner Film Classics host Robert Osborne provides some nice historical perspective in his introductions to most of the extra features. Most interesting is "Around the World with Mike Todd," a 50-minute 1968 documentary about the film’s producer, covering his Broadway hits, his films, and his life with Elizabeth Taylor. There’s also 47 minutes of Playhouse 90‘s coverage of the lavish party Todd threw at Madison Square Garden to celebrate Around the World‘s one-year anniversary. Shorter segments show Todd at the L.A. premiere and the 1957 Oscars. Also included is the first Jules Verne film adaptation, Georges Melies’s 1902 classic "A Trip to the Moon." Finally, there’s a list of the 35 people who made cameos, but it seems like a missed opportunity not to have offered easily accessible film clips from there. 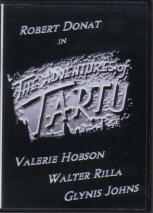 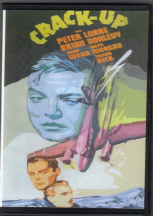