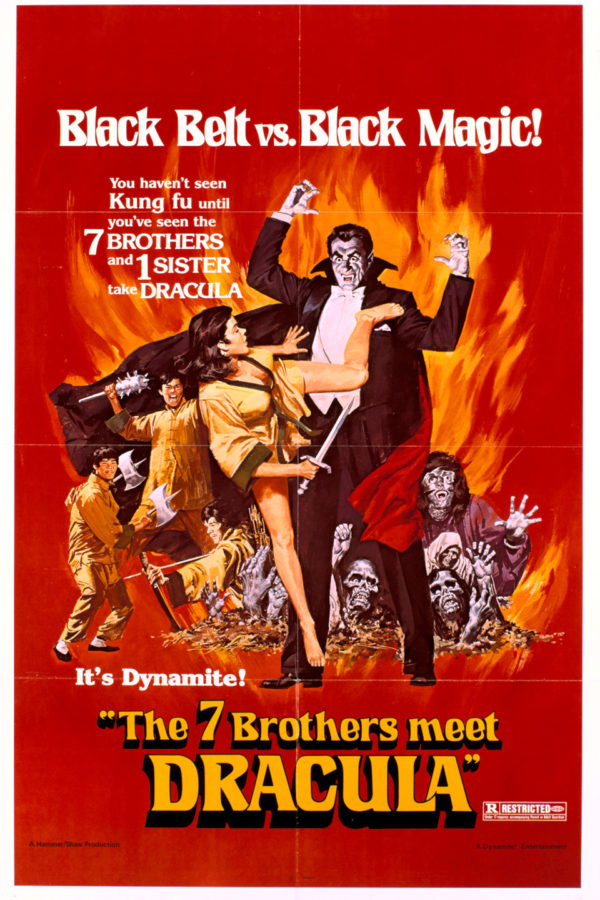 The 7 Brothers Meet Dracula aka The Legend of the 7 Golden Vampires is a 1974 martial arts horror film. The film opens in 1804, when seven vampires clad in gold masks are resurrected by Count Dracula. A century later, Peter Cushing as Professor Van Helsing, known in the world for his exploits with Dracula, is recruited by a man and his seven siblings after giving a lecture at a Chinese university to take on the vampires. The film is a British-Hong Kong co-production between Hammer film Productions and Shaw Brothers Studio.