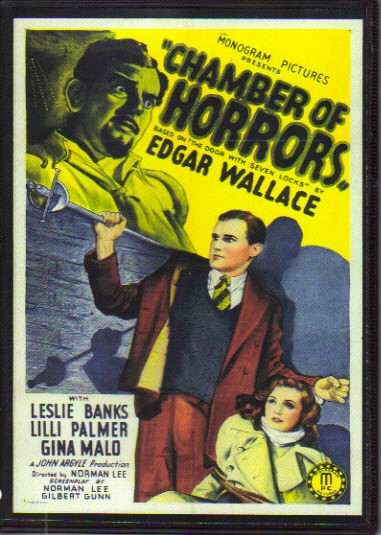 A blood-and-thunder horror yarn from the pen of Edgar Wallace, The Door With Seven Locks stars Leslie Banks as a mass murderer with a penchant for puzzles. He lures several heirs to a fortune to their deaths in his mazelike mansion, which is festooned with cryptic clues leading to the location of a valuable treasure. Banks goes too far when he abducts the lovely Lillli Palmer, whose handsome boyfriend invades the mystery house, rescues the girl, and puts an end to Banks’ perfidy. Door with Seven Locks was released in the US as Chamber of Horrors.